How to have a baby: Fertility clinic founders share 5 dos and don’ts 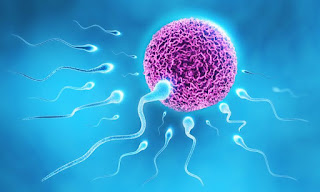 Women can spend years avoiding getting pregnant. Then when they’re ready to have kids, one in six Canadian couples can’t conceive.
“I have mainly women in my office who say, ‘Nobody told me it could be difficult,'” said Marjorie Dixon, founder of the Anova Fertility and Reproductive Health clinic in Toronto.


Coinciding with Canada’s Infertility Awareness Week, currently underway, we asked her and Al Yuzpe of Vancouver’s Olive Fertility Centre to share some baby-making best practices.
Step One tip is simple: Have lots of sex (at least three times a week).
But you can skip the acrobatics. When it comes to conception, position doesn’t matter.
“Putting your legs up on a pillow after — none of that does anything,” Dixon said.

Get a fertility check
You don’t have to wait ’til you know you’re having trouble before testing your fertility, Dixon says.
She thinks anyone who wants to have kids — at any point in life — should incorporate this into their annual check-up so there are no surprises when it comes time to trying.
Your family doctor can refer you. Fertility assessments are covered across the country.

Men ejaculate into a cup and get the quantity and quality of their sperm analyzed.
Women can get a pelvic X-Ray or ultrasound that checks for abnormalities in the uterus and to make sure the Fallopian tubes are open.


You can also get a blood test on Day 3 of your cycle to determine levels of follicle stimulating hormone, which shows how well your ovaries are functioning.
Another test, for anti-mullerian hormone, estimates the number of eggs in your ovaries. That one isn’t covered by health care.


If your periods are like clockwork, Yuzpe says there’s a 98 per cent chance you’re ovulating each month. There are ways to confirm ovulation is happening, including a blood test (performed around Day 21 of your cycle) and kits you can purchase from the drug store.
The average cycle length is 28 days. If your menstruation’s all over the map, or if there’s spotting, it could mean your ovulation is irregular or your egg reserve is diminishing. So it’s important to pay attention to what’s going on down there.
“It’s about knowing your body,” Dixon said, adding that there are tons of period-tracking apps out there that can help.


There’s no strong evidence supplements can help you get pregnant.
Unless you’re deficient in Vitamin D, Yuzpe figures prenatal vitamins are the most important supplement women trying to conceive should take.
Dixon still recommends the following supplements for women:


Being too heavy or too lean isn’t good for your fertility or your pregnancy.
Women who are underweight may not be ovulating at all, Dixon explained. And the risk of miscarriage is higher for women who are overweight, Yuzpe said.


“The one best thing you can do to promote your fertility is have a good body weight or body mass index,” he added.

The ideal BMI for conception, according to both of them, is between 19 and 25.
Dixon recommends five days a week of exercise, with 30 minutes of daily aerobic fitness.
“Blood flow to everywhere is blood flow to your pelvis too.”

While there’s “no magic fertility food,” Dixon and other health experts emphasize the importance of eating well.
Studies have shown high insulin levels can throw off ovulation, said nutritionist Vanessa Perrone. So avoid too much sugar.
Reach instead, she said, for slow-digesting carbs like whole-grains, as well as beans, lentils, chick peas and antioxidant-rich leafy greens.
Cutting trans fats from your diet might also make a difference.

Lubricate
Lose the lubricant if you can, the World Health Organization says: Some types may be too viscous for sperm to swim through. If you do need it, use lube that’s water-based and doesn’t contain spermicide. WHO recommends Pre-Seed Lubricant, which isn’t supposed to interfere with sperm function.

Smoke
This one’s a big no-no. Dixon said she won’t even do an IVF cycle on a smoker unless she’s stopped for three months. There’s evidence that toxins from cigarettes diminish egg quality, Yuzpe said. Dixon also said marijuana does to sperm “what it does to you – slows them down.” Same thing with cigarettes for men.

Stress
Stress has been linked to infertility. Some women even stop menstruating when they’re stressed, science suggests.

Laughter, on the other hand, has been shown to help boost your pregnancy prospects.
The doctor behind a 2006 study said “he knew fertility patients became stressed – and that laughter could reduce stress.” So he sent in clowns to entertain women after they underwent IVF.
Those who received the comic relief became pregnant roughly 15 per cent more often than the control group.


Heat up
Excessive sweating and heat around the testicles isn’t great for fertility, Dixon cautions.
A small Finnish study in 2013 found saunas lowered men’s sperm counts. While the effect wasn’t permanent, Dixon still tells men that if they’re worried about their swimmers, they may want to skip the steam showers, hot baths and hot tubs.


“Once you’re trying to conceive actively, you shouldn’t be drinking because we don’t know what the degree of risk is,” Dixon said.


“You can say: ‘Well, my mother is French and she drank.’ I don’t care. Now we understand that it’s associated with Fetal Alcohol Syndrome and we don’t know what amount is safe so we just say none.”

The biggest predictor of fertility is how old a woman is, since women’s egg quality and quantity decreases over time.
One Irish study even suggested that a woman has lost up to 90 per cent of her eggs by the time she’s 30.

“When you’re young, you can say: ‘My friend smokes and drinks and she got pregnant,'” Dixon said. “Well yeah, some people get lucky.”