Showing posts from June, 2016
Show All

These strong women who never gave up hope even after 10 miscarriages ..... 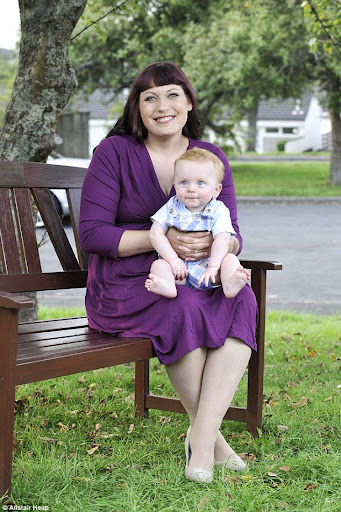 Candice Wills had 12 miscarriages in 13 years Finally had son Alfie after a problem with her cervix was  diagnosed Now she's pregnant again Lee has welcomed son Morgan after seven years, nine miscarriages and an ectopic pregnancy Angie had 18 miscarriages but now has a  daughter They are proof after years of heartache, dreams can come true  Candice Wills picks up her giggling nine-month-old son, Alfie, and plants a kiss on his cheek. With her burgeoning bump, it's obvious the 31-year-old will soon be welcoming her second child into the world. And, given how relaxed Candice looks at the prospect of having two infants under the age of one, it's easy to assume motherhood has been a breeze. But it has been a journey marked by tears and heartache. Many women, faced with the battle she has had to fight, would have admitted defeat long ago. For Candice endured 12 miscarriages over 13 years before she successfully gave birth to Alfie last Christmas Eve. Scro
Post a Comment
Read more
More posts