Showing posts from 2017
Show All 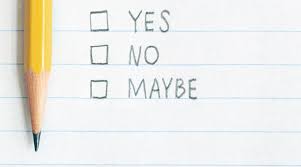 Missing a menstrual period, especially if you always had regular menstrual periods, is a significant event for most women especially women trying to conceive (TTC).... The first question you usually ask yourself is:  "Am I pregnant because I missed my period?" I found myself in this situation few months ago.... I was away on holiday with siblings........and I realised my period was late.. Taking out a notebook, I noted down all the symptoms:  * Sore Breasts:  Check * Cramps : Check * Late Period : Check * Headaches:  Check * Increased Sense of Smell:  Check * Increased Appetite:  Check * Exhaustion : Check * Nausea:  Check As I looked at my long list of symptoms, I almost rushed out to buy some baby clothes... ****I must be pregnant**** I thought to myself...and as usual, I started to sing to my unborn child(ren).... Many times, I would sit down and daydream.. ....Morning sickness, My belly getting bigger....My clothes getting smaller and me needin
1 comment
Read more

Reactions   Like   Reblog on Tumblr   Share   Tweet   Email When Jacqueline Hoy and her husband found out that they were expecting third and fourth children, these Australian parents were shocked. Neither had twins in the family, and after the initial surprise wore off, they began happily making plans for their expanding family. According to Jacqi, who is also mom to 8-year-old Lachlan and 2-year-old Edward, her third pregnancy was uncomplicated. The couple decided early on to name  their identical twins  Henry and William, and the boys were healthy at every doctor's visit. However, when Jacqui woke up one morning near  the end of her pregnancy , she knew something was different. At this point, Jacqui was 37 weeks pregnant, and the doctors planned to induce her in a few days. "I saw the boys two days earlier during a scan and they were kicking and had normal heartbeats," Jacqui told POPSUGAR. "There was absolutely no indication that it would en
Post a Comment
Read more 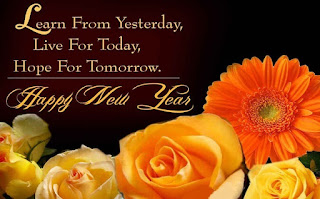 I cannot believe it is already 2017....I am so thankful for life...So Blessed with a wonderful husband, family, and friends...I have been divinely favoured many times and am so grateful...Yes I am still trying to conceive and bring forth safely and that is a want and desire I have on a daily basis...But I am very thankful to be alive, for all I have and I know that 2017 is going to be an amazing and fruitful year.... To all our friends who read my blog, do follow me on: Instagram:  @beyondmyectopicandivf Twitter:     @beyondmyectopic I promise to be more consistent with my blogging this year and share with you my fertility journey and success...God is not a man that he should lie...His covenant with me is to be fruitful and multiply and that will surely come to pass....Amen!!! I hope 2017 has been great for you all so far and I hope that 2017 will be the best year for us all so far...!! Amen!!! Love God, Stay positive, Be Kind, and Love your Neighbour as Yourself.
Post a Comment
Read more
More posts