Baby joy for couple who lost three children in MH17 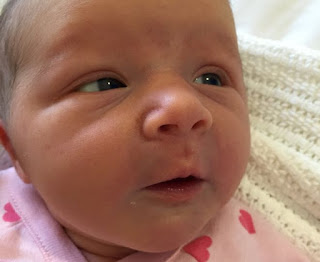 An Australian couple whose three children died when Flight MH17 was shot down have a new daughter.

Anthony Maslin and Marite Norris lost their children Mo, Evie and Otis, along with Ms Norris's father Nick Morris, when the flight came down in eastern Ukraine in July 2014. Pictures below. 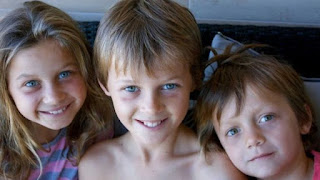 The Perth couple described the birth of Violet May Maslin as an "amazing gift".
"Violet's birth is a testament to our belief that love is stronger than hate," they said in a statement.
"We still live with pain, but Violet, and the knowledge that all four kids are with us always, brings light to our darkness.
"As Martin Luther King said, 'Darkness cannot drive out darkness; only light can do that. Hate cannot drive out hate; only love can do that'."


Malaysia Airlines Flight MH17 was shot down as it flew over conflict-hit Ukraine from Amsterdam to Kuala Lumpur.
Mr Maslin and Ms Norris had stayed in Amsterdam while their children, aged eight, 10 and 12, flew back to Australia with their grandfather.
A total of 298 passengers and crew were killed, including 80 children in total.


The flight was hit by a Russian-made Buk surface-to-air missile.
Western officials and Ukraine's government blame Russian-backed rebels for shooting down the plane.
But Russian authorities have consistently denied responsibility, instead blaming Ukrainian government forces.