Amongst my many thoughts about PGD is if getting rid of an embryo because it is not perfect is fair.....???? I see a picture like the one above and my heart just melts......!!!! 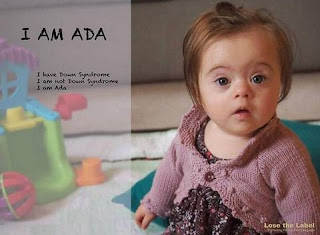 What is an Ectopic Pregnancy? What are some signs or symptoms?

May 22, 2018
Q: What is an  Ectopic Pregnancy ? A: An ectopic pregnancy is a pregnancy that occurs outside the uterine cavity and usually in the fallopian tube. Ectopic pregnancy is a common, potentially life–threatening, condition affecting one in 100 pregnancies. An ectopic pregnancy occurs when the fertilised egg implants outside the cavity of the womb, usually in the fallopian tube. As the pregnancy grows, the fallopian tube stretches causing pain. If not treated quickly enough, the tube can burst, causing internal bleeding, which can lead to collapse and even death Q: What are the  signs and symptoms  of ectopic pregnancy? A: Classic symptoms are one sided lower abdominal pain and light vaginal bleeding six to eight weeks after the last period. Others include feeling faint and weak, shoulder tip pains on lying down and pains on opening the bowels.
Read more