IS INFERTILITY A FEMALE PROBLEM???? 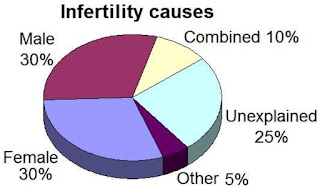 Many people will have the strong desire to conceive a child at some point during their lifetime. Most couples (approximately 85%) will achieve pregnancy within one year of trying, with the greatest likelihood of conception occurring during the earlier months. Only an additional 7% of couples will conceive in the second year. As a result, infertility has come to be defined as the inability to conceive within 12 months.

Society has always placed greater emphasis on the woman’s body when speaking about procreation. I
While growing up in Nigeria, I remember mothers (including mine) will keep a close eye on their daughters, because they didn’t want them to get into the wrong crowd, they didn’t want their girls to be promiscuous for the fear of getting pregnant at a young age, getting abortions, or having issues that result in complications that could negatively impact their fertility in the future. They didn’t want the girls to develop a reputation of being a girl about town.

In reality, there was nothing wrong with keeping a close eye on their daughters, but the issue was there was no such worries for the boys. The young boys could do no wrong really, …after all what was the worst that could happen???
Boys will be Boys and they couldn’t get pregnant anyway!!!…

This way of thinking carries on into when girls grow into women and people assume any fertility issue is a result of promiscuity of the youth…. 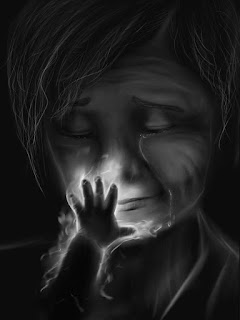 If the couple are unlucky to have fertility issues, and are still without any children after a couple of years of being married, tongues will start to wag….Perhaps the girl was wayward when she was younger, perhaps she had abortions, perhaps there were complications with her abortions, perhaps she had STDS and this resulted in infertility…Perhaps…Perhaps…Perhaps….
In all of these assumptions, you would hardly ever hear anyone consider an issue with the Man….!!!….

As we all know,  it takes an egg from a woman and sperm from a man to get a baby….Yet our society always assumes any fertility issue lies with the women and not the man…