7 Moms Look Back on Their Infertility Struggles


I loved this article and felt I had to share on my blog.......I feel hopeful when i hear success stories of other women that were trying to conceive. It gives me hope and reminds me that my challenges can and will also end with a  success story. I especially love when I hear of celebs talking about their fertility struggles...This creates awareness and gets people talking about this reality...Hopefully someday, infertility will no longer be taboo.... !!!

We asked several women who got pregnant after infertility what they took away from the experience, and what they wish others knew. Here's what they had to say.
LINDSEY MURRAY
Earlier this week, Chrissy Teigen announced on Instagram that she and husband, John Legend, are expecting their first child. (Yipee!) The announcement was extra special given that it came very soon after Teigen spoke out about her struggle with infertility, which she said spanned years.

"John and I are so happy to announce that we are pregnant," she wrote in the photo's caption. "As many of you know, we've been trying to have a baby for a while now. It hasn't been easy, but we kept trying because we can't wait to bring our first child into the world and grow our family. We're so excited that it's finally happening."
I mean, how could you not be happy for these two?
Teigen, who has been applauded for sharing her story and raising awareness, is of course not the only woman to deal with the long road of infertility. In fact, the latest numbers from The U.S. Centers for Disease Control and Prevention (CDC) show that more than 7 million American women have sought treatment for it.
We asked several women who've been through the entire process to share their stories, what they took away from the experience, and what they wish others understood about infertility. Here's what they had to say.

After struggling to get pregnant for close to two years, Matz will never forget the moment she first held her now 3-year-old son.
“The moment my son was born was hands down the best moment of my life. I cannot properly describe what I felt in that moment because it was so surreal. The goal was never ovulation, a positive pregnancy test, a beating heart on an ultrasound, or reaching full-term. The goal was this moment: when a perfect, crying baby was placed on my chest. My baby.”

"I knew my pregnancy journey would not be like most women's."— Leslie Goldman, 39, women's health writer

Goldman, whose first daughter was conceived via in vitro fertilization (IVF) after two years of trying, was of course happy to hear the news that she was pregnant—but one thing that surprised her was that the stress didn't necessarily get better once it actually happened.
“I was certain the worrying and pain of infertility would vanish—Poof!—the moment we got our positive result. [But] my concerns simply shifted from 'Will I ever get pregnant?' to "Will this pregnancy last?'"
“At the risk of sounding like a crazy person," she continues, "I managed to convince myself in my first trimester that I had doomed our pregnancy by, in no particular order, eating blue cheese, skipping with my toddler niece, inhaling nail polish remover, and having a sex dream about Shaquille O’Neal that resulted in an orgasm.”

“I got strangely more protective of my family.” — Julia Warrender, 40, freelance writer and community manager

Though she got pregnant with her first child, a daughter, with no problem, Warrender and her husband struggled with secondary infertility, which is a difficulty to conceive or carry a pregnancy to full term after a first or second child.
After struggling for a year, the couple saw their doctor for help, and before long she found out she was pregnant with twins. But this awesome news was shortly followed by a devastating loss—one of the babies didn't make it.
Warrender says that shock changed her perspective forever, for better or worse. "The joy finally came, but the fear lingered on. It still does. Even though I know it to be completely irrational, deep down I feel like our son who came from fertility treatments is somehow more fragile than his sister. It makes no sense, especially because he's 2.5 and strong as an ox, but it's there," she explains.

“People who knew about my struggle put a lot of pressure on by expecting me to be thrilled all the time." —Nikki Baker, 42, administrative assistant

After trying for a year to conceive on their own, both Baker and her husband were diagnosed with non-specific infertility, which doctors explained meant that there was no apparent medical problem.
The couple sought help from a fertility specialist and were able to get pregnant, only to lose the pregnancy at 12 weeks. Then, just six weeks later, Baker conceived naturally. She was incredibly grateful, but she wished friends and family understood she needed to vent, just like every other pregnant woman.
“When puking my brains out I was not allowed to say, ‘Wow pregnancy kinda sucks!’ like all other pregnant women get to because the response was ‘Well, at least you're pregnant now.’ I was thrilled to be pregnant, but felt that was the only emotion I was permitted by others to share."

Teigen shared that the constant questions about when she and John were going to have children was one of the hardest parts of her struggle. Simkin told us that sadly, the invasive questions don't stop after one baby.
"People have finally stopped asking why I don't have more children, [and] that is the other thing that stabs at the heart of women/couples facing infertility," she explains. "My husband and I would have loved to have more children, but we also felt strongly that we were not going to mortgage her college fund to give her a sibling.”

Before Farrow finally got pregnant, she and her husband had been through multiple failed treatments and were running out of money. But just as they were about to give up (and go broke), the final treatment worked. Nine months later she delivered a beautiful and healthy daughter. The one emotion she remembers most? Pride.
“[My body] had failed me for so many years, it had betrayed me over and over by not performing such a basic function. Then I saw her. We did it—my body and I delivered a perfect baby girl.”

"In retrospect, I wish I had gotten to know more couples going through what we did."— Alecia Ramsay, 40, program manager for IBM

After trying for three years, Ramsay gave birth to healthy boy, who's now a happy, athletic 10-year-old. Today, she finds comfort in sharing her infertility story—and wishes she'd done it sooner.
"No one from the outside would dream that we went through infertility and had to do IVF and ICSI [a procedure in which during IVF, sperm is injected directly into the egg] to get pregnant before I turned 30. In fact, even though we went through all of this, we were still one of the younger couples in our birth class group ... My husband felt more like it didn't really matter anymore how we got pregnant, but I found that sometimes I really wanted to talk about it," she said.  "I'm usually rewarded when I do share our story, though, because often the other person shares a story of their own struggle or the struggle of someone close to them."
"Two summers ago our clinic had a picnic at our local zoo and invited all the families they'd helped to have babies. It was amazing to see all the children who'd been created through their parents' dedication, medical science, and great doctors and nurses. We could barely fit into a giant group photo!" 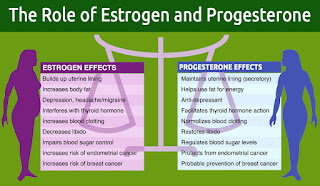 What is an Ectopic Pregnancy? If a fertilized egg implants outside the uterus, it's called an ectopic pregnancy. There's no way to transplant an ectopic pregnancy into your uterus, so ending the pregnancy is the only option. This means the egg will not develop into a baby, which can be devastating to the pregnant woman. While there are some risk factors, an ectopic pregnancy can happen to anyone. And, because it's potentially dangerous for you, it's important to recognize the early signs and get treatment as soon as possible. Occasionally, an ectopic pregnancy doesn't cause any noticeable symptoms and is only detected during routine pregnancy testing. However, most women do have symptoms, and these usually become apparent between week 5 and week 14 of pregnancy. They include: abnormal vaginal bleeding abdominal pain, typically just in one side, which can range from mild to severe an absent period (amenorrhoea), and other symptoms of pregnan
Read more