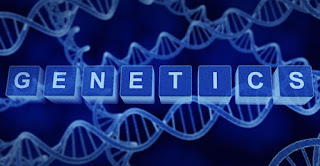 The issue of Preimplantation Genetic Diagnosis (PGD)  is one that is very dear to my heart. My husband and I have a genetic condition that has a 50% chance of being passed on to our kids. We keep talking and trying to decide on if we should try naturally again or if we should opt for PGD. The story below is an example of PGD...... 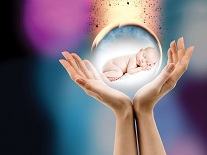 After losing two children to a deadly genetic disease and aborting a fetus that tested positive for the same disease, an unidentified French couple gave birth to France's first genetically screened baby in November. But the process that ensured the couple a healthy baby, PGD is furrowing eyebrows internationally over difficult ethical issues.


PGD uses the same techniques as prenatal diagnostic testing, but is done at the moment of fertilization, before doctors have implanted the embryo in a woman's womb. That means fertilized embryos testing positive for unwanted genetic traits can easily be discarded in the search for a child with specific genetic code.

A U.S. couple gave birth to a PGD-screened child in October. Adam Nash was tested as an embryo to see if his DNA matched that of his older sister, who needed the blood from his umbilical cord to help fight her rare case of Fanconi anemia. The Nashes' decision is the first known case in which parents used genetic testing to select a baby on the basis of his ability to save a sibling's life, setting what many bioethicists are calling a worrisome precedent for other desperate parents of ailing children.
Overall, PGD has been performed in over 40 genetics centers around the world. Nearly 400 children have been born from approximately 2,000 cycles of testing performed for genetic or chromosomal disorders. That means roughly eight of every ten embryos were not implanted and carried to term.
Proponents of the new technique say PGD is simply a method of helping couples in a painful predicament who desire to have children of their own.

But Ben Mitchell, senior fellow at the Center for Bioethics and Human Dignity in Bannockburn, Illinois, disagrees.
"There is very little we can actually do once an embryo or fetus has been diagnosed with a genetic condition, " Mitchell told CT. "So the main function of the test is really used to inform parents to abort or to discard an embryo before it is implanted."
Mitchell says he has much sympathy for the Nashes' situation, but he worries about the "almost grotesque precedent" their decision has set for the biotech community.
"We have gone against Christian and even Western tradition here. Instead of saying that each person is an end unto themselves, this case says that people can be used as a means to the end. … You are having a child expressly to serve the needs of another child."

Mitchell says that cases like this might wake Christians up to the implications of new biotechnologies.
"This is a chance for the church to contribute to some important questions involving procreative liberty and personhood," Mitchell says. "Right now the unborn are not recognized as legal persons, and technologies are rapidly developing that will use them as commodities."
David O'Steen of the National Right to Life Committee says that it also finds PGD "a terrible waste of human life." "Human life begins at fertilization," he says. "Those embryos are human beings just like you and me."